The best city for investment 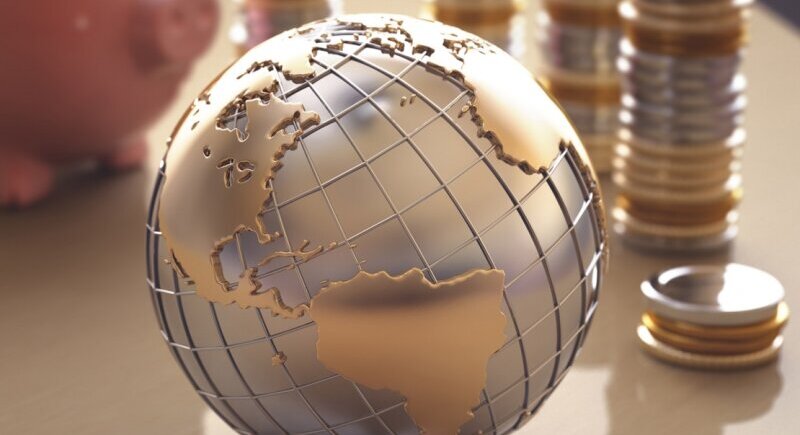 Burgas and Veliko Tarnovo are the best Bulgarian cities to live in. This was shown by this year's ranking of "Darik" and "24 hours". Both cities won the leading position because they have the cleanest streets and nature, good conditions for sports, enough kindergartens, parking lots, good health care, etc. Good living conditions are usually due to the ability of local authorities to attract investments. According to this indicator, however, Sofia displaces Burgas from the leading position.

The capital ranks first in the amount of foreign investment, both in absolute value and relative to the local population. This is shown by the study "Regional profiles. Development indicators" of the Institute for Market Economy, which has been analyzing the social and economic development of the districts in Bulgaria for two years now. It is based on 58 different indicators, grouped into 8 categories - economy, business environment, infrastructure, education, social environment, environment, demography and health. The indicators used were selected to describe different aspects of the business environment or living conditions in the areas. Two of the indicators in the category "Economy" describe the investment activity in the districts - these are the amount of foreign direct investment (cumulative) and the cost of acquisition of tangible fixed assets.

By the end of 2011, the amount of foreign direct investment in the capital reached 8,953 euros per capita. The next most attractive districts for foreign investors are Sofia (district), Burgas and Varna. It is noteworthy that the difference between the capital and the wider Sofia region is significant: Sofia (region) has attracted about 3700 euros per person less than the leader.

Sofia and the surrounding areas - Sofia and Pernik, are one of the investment centers in the country. The other such center is formed by the maritime districts of Varna and Burgas, which have managed to attract significant flows of foreign investment in the construction of hotels and holiday properties before the 2009 crisis.

The leading role of the districts of Sofia (capital), Burgas and Varna as investment destinations is confirmed by the other often used investment indicator, namely - costs for acquisition of fixed tangible assets (FTA). In the capital, they exceeded BGN 6,500 per person in 2011 compared to more than twice lower values ​​in Burgas (BGN 2,379) and Varna (BGN 2,299), which rank 2nd and 3rd, respectively. With investments of just under BGN 2,000, they are followed by Dobrich (most likely due to significant investments in tourism and grain production), Sofia (district) and Stara Zagora.

The amount of costs for acquisition of tangible fixed assets again confirms the two main investment centers in the country - the capital and its surrounding areas, on the one hand, and the maritime areas (Varna, Burgas and Dobrich) - on the other. In terms of investments in tangible fixed assets, however, another unique center around Stara Zagora stands out. In this case, however, we are talking about investments mainly in industrial production (ie energy), which were not significantly affected by the crisis. This is one of the reasons why Stara Zagora replaced Varna as the second richest region in the country in 2010 and remained in the top three in 2011.

Despite the good performance of Varna and its transformation into one of the main investment destinations in the country, the district suffered severely from the bursting of the real estate bubble. Since the crisis in 2009, Varna has been characterized by the strongest negative trends in social and economic development of all districts in the country. This also explains why in 2010 Varna lost its place to Stara Zagora as the second richest district in Bulgaria after the capital, measured by gross domestic product per capita. However, in 2011 our sea capital managed to regain the second position on this indicator, reaching BGN 10,270 gross product per person compared to an average of BGN 10,067 for Stara Zagora district. Despite this improvement, Varna remains far behind the leader Sofia, where the GDP per capita is more than twice as much - BGN 23,256 per person.

Although Sofia, Varna and Burgas are forming as the most attractive investment centers in the country, the business climate in these areas is not the best in the country, judging by the levels of local taxes and fees and the assessment of business for the work of local authorities. . In fact, the capital is the city with the worst business conditions for the second year in a row, both because of high local taxes and fees and because of the highly negative assessments of the work of local authorities and high perceptions of corruption. Varna and Burgas are also at the bottom of the ranking in terms of local business conditions - respectively in 5th and 8th lowest place. However, due to the large differences between the different districts, Varna and Burgas receive an overall average score (3 out of 5) in this category.

At the other pole are Montana, Vratsa and Targovishte, as the areas with the most attractive business conditions in terms of administrative services and local taxes and fees. It is noteworthy that none of them is characterized by high economic and investment activity, which is probably the explanation behind the greater efforts of local authorities to offer better service and maintain low levels of meat taxes and fees.