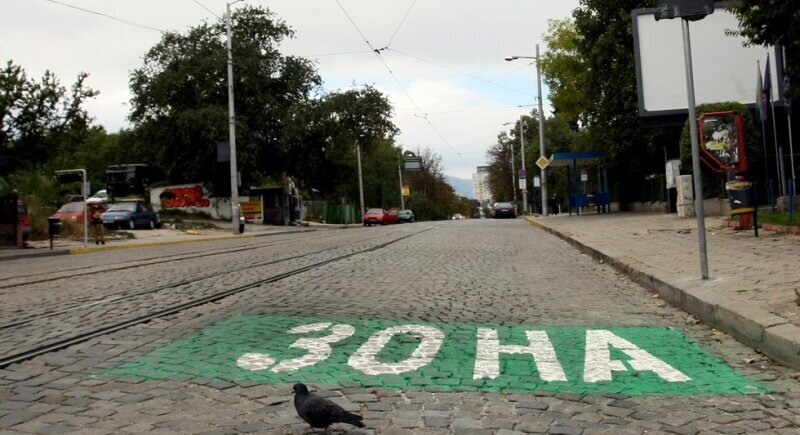 Sofians will not pay for parking in the center if they want to leave their child in a daycare center or buy cigarettes and a sandwich. Cars will be able to stop for free for up to 10 minutes. The change should take effect in the fall, according to Sofia Municipality.

The relief is also for the drivers of cars that load shops. The free coupon for the blue and green zone will be distributed by employees of the Center for Urban Mobility. It will be reusable, explained municipal councilor Zafir Zarkov.

Citizens will have to enter the date and time of parking and will put the ticket on the windshield of the car. The municipality will also give cheap annual vignettes to the tenants from the center.

Currently, only citizens of Sofia with a permanent address have this right. They pay BGN 100 for parking in the green zone and BGN 150 in the blue zone. The increase of this fee for the second and third car is being considered, the Standard newspaper points out.

If the husband, wife and child have cars in the same apartment, they will be entitled to three-year-old stickers. However, if a person has two or three cars, he will be able to buy a sticker for cheap parking for only one of them, and the others will park on the street in front of his house in the general order for the respective zone - BGN 1 per hour for a green zone or BGN 2 per hour - for blue.

At the same time, the municipality is likely to expand the scope for paid parking. "There is a congestion of cars at the border checkpoints and there is pressure from regional mayors and citizens to expand the zones," Zafir Zarkov explained. He gave as an example the lower part of the Lozenets neighborhood, which is close to the center, as well as the Dimitar Petkov market.

"Within days we will present for public discussion the new ordinance for the organization of traffic in Sofia, which will clear a number of ambiguities accumulated over the years," explained the chairman of the Sofia Municipal Council Elen Gerdjikov. The ordinance is expected to be adopted in November.

Gerdjikov pointed out that Sofia Municipality will take advantage of the latest changes in the Public Procurement Act, which give it the right to assign directly to its own company "Center for Urban Mobility" control over parking in the city.

This will circumvent the decision of the Administrative Court, which annulled the lifting of spider cars by CGM.