Two gangs stole BGN 1 million from ATMs in our country 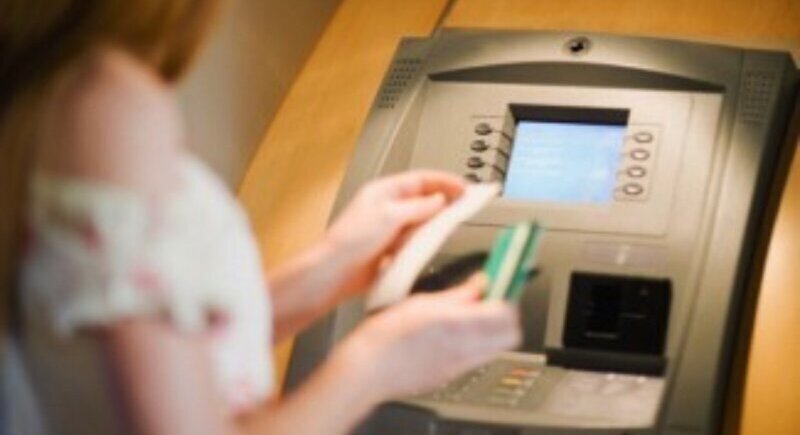 About 1 million levs were stolen by two gangs of cashiers who have been attacking ATMs in Bulgaria for the last year and a half, 24 Chasa has learned. Four Sofia residents, who are elusive so far, and a gang of Moldovans are the masters in these strikes. Every month in 2014, there are at least two attempts to steal, cut and empty a money machine, almost twice as many as the previous year. Investigators have gathered data that the Moldovans arrested weeks ago for two robberies carried out a total of 10 ATM attacks and collected more than BGN 300,000, 24 Chasa has learned. In the last 6 months, forensic scientists have detected a tendency for experienced professional thieves from abroad to come to Bulgaria to strike. In addition to Moldovans, a Romanian duo was recently captured, committing more than 20 robberies and leaving the country after each strike. According to data from the Ministry of Interior, in 2014 in Bulgaria robbers attacked 23 ATMs, there were 11 successful thefts and 12 unsuccessful attempts. The most cases are in Sofia, among which are the four stolen whole machines. In 2013, there were 7 thefts, and the attempts were 8. This is almost 60 percent increase, which for our scale makes the problem very serious, say experts from the Ministry of Interior. In 2013, only one of the robberies of money machines was discovered. And in early February 2015, the police caught the first gang that robbed only ATMs in our country. 33-year-old Moldovan Valeri Gaidarli and 28-year-old compatriot Anatoli Terezi were arrested with their group in Bulgaria on February 4 this year, minutes after they tried to cut two ATMs in the Plovdiv region. However, the investigation of the last few days already has serious operational data and evidence that foreigners have attacked a total of 10 ATMs, having managed to rob 6 of them. Gaidarli and Theresa started the strikes in our country in the summer of 2014. Their mode of action was repeated in all their crimes. They entered the country for a few days, coming by car, with Bulgarian registration plates, from Romania via the Danube Bridge, Durankulak or Kardam. The gang of cashiers was Alexander Petkov, who was also of Moldovan origin, but after coming to Plovdiv as a student, he took Bulgarian citizenship. He was legally involved in car trade and thus managed to provide the robbers with various cars with Bulgarian license plates that would not make an impression. After the crash, these cars were resold, investigators revealed. As soon as they entered Bulgarian territory, the two Moldovan cashiers began touring small towns in northern Bulgaria, inspecting ATMs and choosing the one that gave them the impression that it was the most accessible. Although they did inspect, the foreigners were not so precise as to wait for the ATM device to be loaded with money, but after two or three days of observation they attacked and took as much as they had. Thus, in some of their strikes in the fall of 2014, they left with loot of BGN 80,000, and in others they collected only BGN 12,000, investigators reveal. As soon as they broke into an ATM and took money, the robbers got in the car and left the country. Although the robberies began last summer, in the first months the police did not suspect that they were foreigners. The handwriting of the perpetrators was quite different from other cases of stolen ATMs, so forensic scientists were sure that the gang was new, but had no trace of it. The Moldovan gang chose ATMs in small settlements, looking for devices that were installed in buildings of community centers, municipalities or other premises where people do not live and are not very heavily guarded. After choosing an ATM for robbery, they smashed the door of the relevant public building to reach the back of the device. Then they turned on the jammer they were carrying with them and began cutting the ATM, but only for a minute or two. After an "intervention" on the money machine, they abandoned their "work", went out and hid somewhere nearby. The aim was to see if the SOT team would respond to the signal and if there would be any defensive reaction. If security came, the robbers realized that their "stopper" had not worked, gave up and ran away.

However, if no security guards or police showed up in the next 30 minutes, the robbers already knew that their jamming device had been activated within a sufficiently large perimeter. Then they returned to the ATM to cut it in peace. The police are on the trail of the Moldovans on January 6 this year after a strike by the group in the village of Tetovo, near Ruse. This is the last successful robbery, from which they took BGN 43,000. But after this case, the two robbers left the country and returned only on January 30 this year. Then the Moldovans went again to the Plovdiv villages to choose a suitable ATM for robbery, and stopped at two machines in the villages of Razhevo Konare and Ustina. In all robberies except the last one, the gang opens the ATMs with flex - they know exactly where to cut to take the money. They must provide access to the back of the ATM. The goal is not to see them by chance, and the boxes of money fall into the back of the ATM, investigators explain. In the last blow, before being arrested, the Moldovans tried to improve the technology of their robberies and tried to cut the locking mechanisms with a heat-cutting machine that does not make noise and does not emit sparks as in the flex. But then the place was already surrounded by police and they were arrested. Out of a total of 10 cases of attack against ATMs, the foreign gang managed to empty 6 ATMs. "In the four cases in which they did not complete the theft, something frightened the robbers and they withdrew," police said. After the detention, the Moldovans admitted to some of the cases, they behaved quite rudely, one was silent, and the other stated that he would tell about 4 cases. It has already been established that they made one or two blows a month, spending the money, coming again, forensic experts comment. The Ministry of Interior has sent an inquiry to Moldova as to whether the two arrested cashiers have criminal acts or convictions, but so far there is no answer. "We have no information that they came to Sofia and robbed ATMs in the capital, their way of working is completely different. They cut the ATM using a certain technology - the so-called cutting, ie the exact place where they cut, is also very well chosen and it seems that they know what they are doing and have experience in this activity. They had an idea - they obviously saw an open ATM ", the investigators are categorical. However, it is being checked whether the gang, which has carried out at least 4 successful robberies of entire ATMs in Sofia in the last year, was not in contact with the Moldovans. This second group of cashiers still remains elusive. So far, operational data show that the main participants are four, they know very well the traffic in the capital, which means that if they are not from Sofia, then at least for years some of them live in the capital. "Our assumptions are that a Sofia group steals whole machines and puts them in a minibus, there are very similarities in the method of action. Some ATMs are not well installed at all and they choose them. We even had meetings with the representatives of the companies that install the ATMs, and we explained that there is a serious problem if four people can break down the ATM device like a coffee machine, ”police explain. Both Moldovans and Sofia cashiers attack ATMs that are not mounted on bank branches, but are in shops or other buildings with lower security and weaker protection. "The thieves from the capital also use their car as a ram - with their backs they go through the door and the whole blow ends within 3-4 minutes - this shows that the protection is not enough," said the police, who are investigating the series of robberies. Forensic scientists are still investigating whether some of the more well-known professional safes robbers, who are old acquaintances of the police, are not involved in the robberies of money machines. The Ministry of Interior suspects that at least two of the Sofia gang have participated in the three major robberies of public vaults in Sofia in recent years, in which valuables and money worth over BGN 50 million were stolen. In 2012 and 2013, there were 4 cases of attempted robbery of an ATM with an explosion, which is widely used in the EU, but here in Bulgaria this method did not work, experts say. In our country, however, the cases of explosion are unsuccessful because their methodology does not work. The reason is that thieves use solid explosives instead of gas mixtures and the money is either burned or destroyed. 180 cash breaks were committed in the country last year, according to the Ministry of Interior. In 2013, there were 199 cases. Only in two of these robberies in the capital were stolen 180 and 220 thousand levs. In 1808, thieves were identified throughout the country for the first 2 months of this year. For the whole of 2014, the police have uncovered and arrested over 15,000 robbers. The thefts committed for the first 2 months of this year have decreased by 29%. compared to the same period in 2014, reported by the police. The detection of thefts, which is usually low and is about 9%, has increased to 16 percent, according to data from the Ministry of Interior.
Source: profit.bg