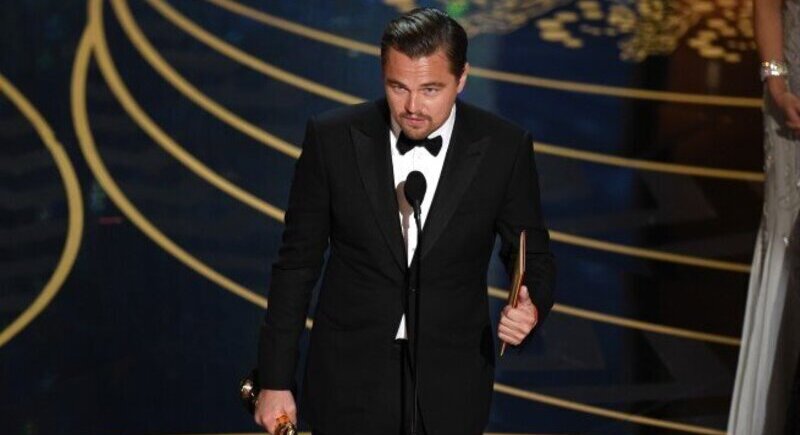 The ceremony for this year's prestigious Oscars began in Los Angeles with a lot of glamor and a little humor.

The ceremony for this year's prestigious Oscars began in Los Angeles with a lot of glamor and a little humor.

"Welcome to the Oscars, also known as the White Men's Award," said black singer Chris Rock, who opened the 88th ceremony and added: "If the hosts of the evening had nominated, I wouldn't have received this one either. work! ”.

And while his words were received with a sense of humor in the hall, given the scandal involving the nomination of only white artists, outside near the "Dolby Theater" a group of blacks and white activists protested against "racial discrimination" in the Oscar nominations.

And here are the winners so far:

The award for best director was given to Mexican Alejandro Gonzalez Iñárritu for his work on the drama "The Return".

In 2015, he also received a statuette for Birdman.

He became the first director in 60 years to win an Oscar in two consecutive years, the fourth Academy Award in the career of Alejandro Gonzalez Iñárritu.

For her role in the psychodrama "Room," Bree Larson won an Oscar for Best Actress.

The 26-year-old actress played the role of a woman named Ma in the film by Irish director Leonardo Abrahamson, who was abducted as a girl and has since lived in a very small room with her young son.

After six nominations, five of which were in acting and one as a producer in his 25-year career, 41-year-old Leonardo DiCaprio has finally won an Oscar.

The long-awaited award for best actor was given to him for his portrayal of trapper Hugh Glass in the drama The Return.

Sweden's Alicia Vikander is the best supporting actress, according to members of the American Film Academy. She won an Oscar for her role in The Danish Girl.

Mark Rylance was awarded Best Supporting Actor in The Bridge of Spies.

Accepting his trophy, Mark Rylance said he has always loved stories, listened to them, watched them and immersed himself in them. The actor thanked the director of "Spy Bridge" Steven Spielberg and his screen partner Tom Hanks. His speech was interrupted by an orchestra while the actor praised the other nominees.

The film "The Big Bet" was awarded the Oscar for the original screenplay, and "Spotlight" for the adapted screenplay.

Josh Singer and Thomas McCarthy received the award for their original Spotlight screenplay. The film is based on real events and tells about the shocking results of the investigation of the independent American newspaper "Boston Globe" about the pedophile scandal with employees of the Catholic Church in the USA.

"The Big Short" is directed by Adam McKay. The screenplay, written by McKay and Charles Randolph, is based on the book The Big Bet. The Doomsday Machine Inside ”by Michael Lewis.

Mexican cameraman Emanuel Lubetski received the Oscar for his work in Alejandro Gonzalez Iñárritu's The Revenant.

Lyubetsky received an Oscar for the third year in a row - in 2014 he was awarded for cinematography in the film "Birdman", also by Inyaritu, and in 2015 for "Gravity" by Alfonso Cuarón.

The Oscar for visual effects went to Ex Machina: God of the Machine.

The animated film "Inside Out" grabbed the statuette for best animation.

"Peltek" won an award for short feature film, and "Oscar" for best short documentary went to "Girl in the River: The Price of Forgiveness."

The film about Amy Winehouse, who died at the age of 27 in 2011, also won an Oscar for Best Documentary.

The author is Asif Kapadia, who became famous on the world stage with the tapes "Senna" and "Amy" - the stories of two deceased celebrities - the Brazilian car racer Ayrton Senna and a British singer.