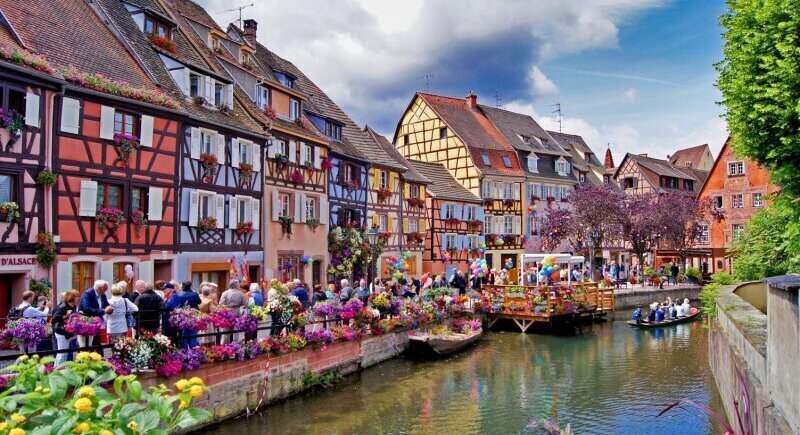 With unreal landscapes and fabulous architecture, these destinations will take you away from the banal reality.

The picturesque Colmar in France, considered the most beautiful city in Europe, seems to have come straight from a fairy tale.

This small town in Alsace is known not only for its magically colorful old town. Located along the Alsatian Wine Route, it is called the "capital of Alsatian wine".

Colmar boasts a sunny microclimate and is the second driest city in France, making it ideal for growing grapes.

As the title of wine capital is not enough, Colmar, with its beautiful squares, fountains and canals, is also called "Little Venice". This is the hometown of Frederic Bartholdi, who designed the Statue of Liberty.

The Lord of the Rings scenes, shot in the unique nature of the Faroe Islands, really make us believe that the archipelago is inhabited by hobbits and elves. It is located between Iceland and Norway, in the heart of the Gulf Stream in the North Atlantic Ocean.

The 18-island archipelago is home to beautiful dramatic landscapes, volcanic peaks and ocean waves hitting the rocky shore. The magical and mysterious nature of the islands seems much closer to the world of fantasy than to reality.

It's not part of Disneyland, although it looks like a fairytale palace inhabited by a capricious princess. Despite its magical appearance, Neuschwanstein Castle is more firmly rooted in reality than one can imagine.

Built in the 19th century for Ludwig II, the castle's architecture was revolutionary at the time: the building has running water and toilets with automatic cleaning on each floor, as well as a heating system.

Today, Neuschwanstein is the main stop on Romantic Road - a journey in the footsteps of ancient cities and castles in Bavaria.

If there was a tale of enchanted clay land, it would surely look like Cappadocia. This region, located in central Turkey, is famous for its pottery and unique rock formations in which the ancients carved their houses and churches.

The rocks, called "fairy chimneys", can be seen in various forms - such as cones, mushrooms, columns and others. The tradition of pottery and ceramics in Turkey is one of the oldest crafts in the world, dating back to the 8th century.

You can read the whole article here: http://profit.bg/news/10-prikazni-destinatsii,-koito-naistina-sushtestvuvat/nid-124548_picid-_page-1.html