The fine for parking on sidewalks becomes BGN 200 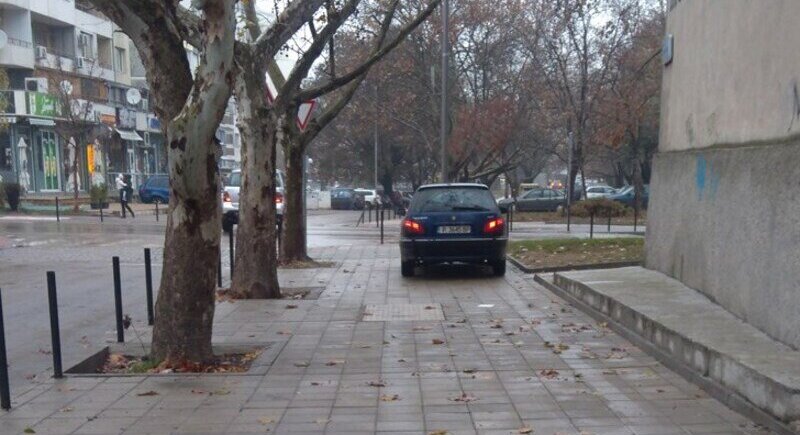 From the current BGN 20, the sanction is from BGN 50 to BGN 200 and will be imposed on anyone who parks on sidewalks, in parks, gardens and playgrounds, outside the specially designated places. This was decided by the deputies by voting on second reading amendments to the Road Traffic Act. Each municipality will determine the exact amount of the fine within the limits set by the deputies

Revenues from the "blue" and "green" zones will be able to go to commercial companies and not directly to the municipal budget, says another amendment, which led to a long debate in plenary on the proposal the concept of "fee" for paid parking areas to is hereinafter referred to as "price". After more than an hour of debate, the terminological correction was also adopted.

When the word is "fee", the municipalities in which there are paid parking zones must prove that the collected money goes to the specific activity, and in Sofia they also cover the costs of public transport. In this case, the municipalities have to prove that the money for parking in the blue and green zone goes to improve the parking infrastructure.

When it is "price", it is not cost-effective, is the main argument for the change. According to the opposition and the Patriotic Front, however, this amendment is against the public interest, because the money collected from paid parking will not go to its intended purpose - for example, to build new parking lots, but will be spent to cover gaps in municipal budgets. The proposal of the Patriotic Front to include in the law the revenues from paid parking to be collected only by municipal enterprises as a guarantee against their spending for other purposes was not accepted. Thus, the current legal situation remains that revenues are generated by municipal companies and enterprises.