One of the most ridiculous explanations of drivers after an accident 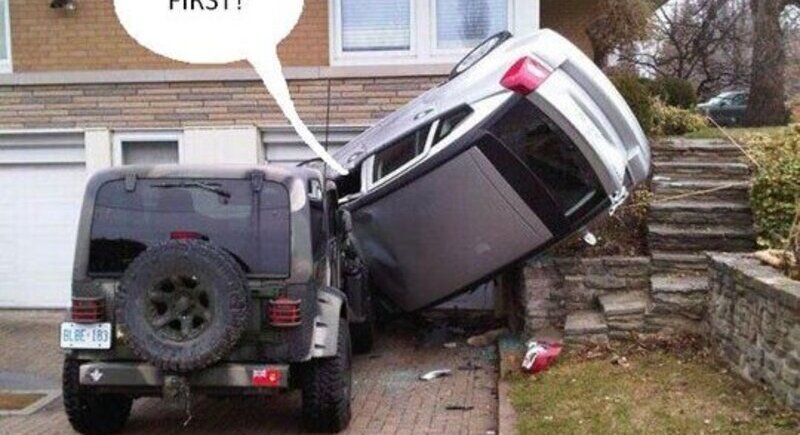 Leaving for work at 7 this morning, taking the car out of the garage on the street, I collided with a bus. The bus was 5 minutes early. '

"The accident happened because I was watching the truck in front with one eye, the pedestrian with the other, and the car in the back with the other."

"I started to slow down, but the cars in the front were more stationary than I thought."

‘I didn’t know the speed limit was valid after midnight’

"The car in front of me hit the pedestrian, but he stood up, so I hit him."

"The other car collided with mine without warning."

"I hit a stationary truck coming from the other side."

‘The pedestrian hit me and went under my car’

"An invisible car appeared out of nowhere, hit my car and disappeared."

‘I was thrown out of the car when it veered off the road. I was later found in a ditch by some cows. '

"I thought my window was down, but I found it up when I stuck my head through it."

"I had been driving a car for 40 years when I fell asleep at the wheel and crashed."

"As I approached the intersection, a sign suddenly appeared in a place where a stop sign had never appeared before."

"To avoid hitting the front bumper of the car, I hit a pedestrian."

"I told the police that I was not injured, but after I took off my hat, I found that I had a skull fracture."

"I was sure the old man would not be able to get to the other side of the road when I hit him."

"The pedestrian had no idea where to run while I was running over him."

"The indirect cause of the accident was a short man in a small car with a big mouth."

‘The pillar was approaching. I tried to avoid him, but I hit his front. '

‘I was trying to learn to drive with a power steering. I turned the steering wheel as much as I thought necessary and found myself in another direction, driving against the traffic. '

"I was pulling the car out of the garage in the back, as usual, when I was hit by the other car in the same place where I had been hit several times before."

"When I saw that I could not avoid the collision, I pressed the gas and crashed into the other car."

"The accident happened when the front right door of the car turned without giving a signal."

"No one was to blame for the accident, but it would never have happened if the other driver had been careful."

"The pedestrian ran to the sidewalk, but I hit him."

"The accident happened when I was trying to regain control of the car, directing it to the other vehicle."