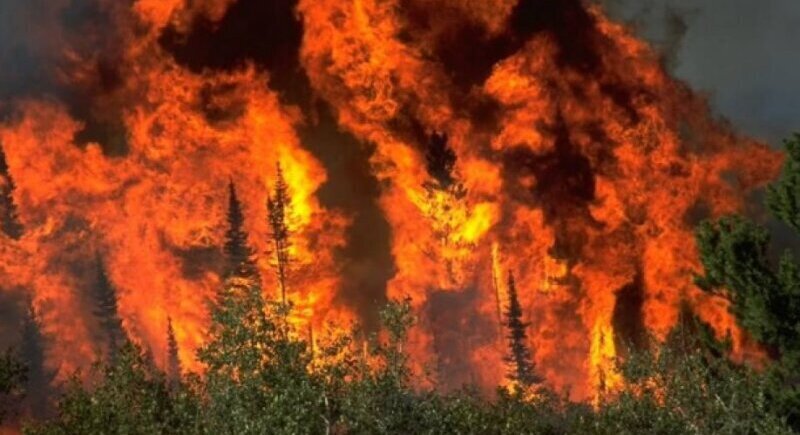 A big fire is burning between the Sofia villages of Chelopechene, Voinyagovtsi and Lokorsko. The fire engulfed a pine forest, but it is still unclear how many acres were covered by the flames, Darik reported. The signal for the fire was given around 12.40.

Fire crews as well as bulldozers were sent to the scene. Two helicopters were mobilized. Eight fire trucks are working at the scene of the fire. Two water carriers are provided.

"The situation is difficult in the area of ​​the Sofia village of Lokorsko," Chief Commissioner Nikolay Nikolov, director of the General Directorate for Fire Safety and Protection of the Population, told BGNES. "The most important thing is to keep people's houses. We are doing everything possible, "he stressed.

Today in the village of Lokorsko there is a planned repair and the water is stopped, which complicates the work of firefighters, said a resident of the village. According to him, every year the forest above the village is set on fire by companies that cut wood.

The man also specified that the flames started long before the signal for the fire was given. However, he learned from the man who called to signal that he had been delayed on the emergency phone with details about his identity, not about the element.

The mayor of Sofia Municipality, Yordanka Fandakova, who is at the scene of the fire near Lokorsko, has asked the Executive Agency for Environment for a mobile laboratory to measure the air condition.