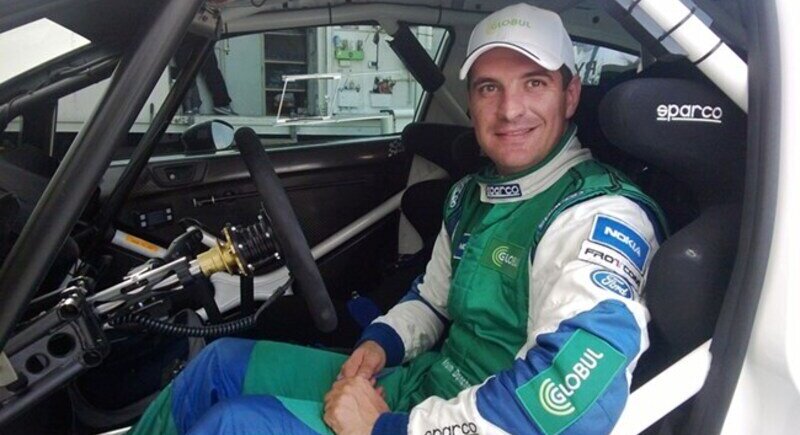 The crew of "Globul Rally Team" received from Moto-Pfohe BG their new training car Fiesta 1.0 EcoBoost, 125 hp. The keys to the most preferred small car in the world were handed over personally to Krum Donchev by Alexander Kostadinov - Marketing and Sales Director at the car company.

"It is a great honor for us to present the four-time rally champion of Bulgaria with the keys to the best-selling small car in 2012 in Bulgaria, Europe and the world," said Alexander Kostadinov.

"We believe that although small in volume, the 1.0-liter EcoBoost engine will convince a fan of high speeds in its exceptional dynamics and power, and at the same time - in its economy in real conditions. It is no coincidence that the petrol 1.0-liter EcoBoost was chosen for two consecutive years as the best engine in the world! We wish Krum Donchev and Petar Yordanov to conquer new sports tops with their Fiesta R5 and have more reasons to be proud of the successes achieved, "added Kostadinov.

“Thanks to our partners in the form of GLOBUL, NOKIA and FORD. I am happy that our car club is growing and becoming more professional ", said Krum Donchev.

After the Globul Rally Team crew recently unveiled their new Ford Fiesta R5 racing car - significantly superior to the older S2000 series cars and the last step before the WRC cars, the team will now have the opportunity to train with the new Ford Fiesta 1.0 EcoBoost, 125 hp, which he receives through his partnership with Moto-Pfohe BG.

The new Ford Fiesta - the best-selling small car in Bulgaria, Europe and the world in 2012 - is synonymous with beautiful design, durability, reliability, technology and style. Equipped with a 1.0-liter petrol, 3-cylinder EcoBoost engine - World Engine of 2013 and 2012 - Ford Fiesta provides the dynamics of a 1.6-liter engine combined with diesel economy. The new Fiesta scored 83% for overall protection and 5 stars at Euro NCAP. And it was recently selected as the World Women's Car of 2013. The revolutionary EcoBoost petrol units feature direct fuel injection, a turbocharger and variable phases of gas distribution. EcoBoost technology combines increased power and class-leading economy. The smallest representative, the 1.0-liter EcoBoost, for the second year in a row was named the best on the planet - World Engine of 2013 and 2012.