Car insurance claims will be reported in real time 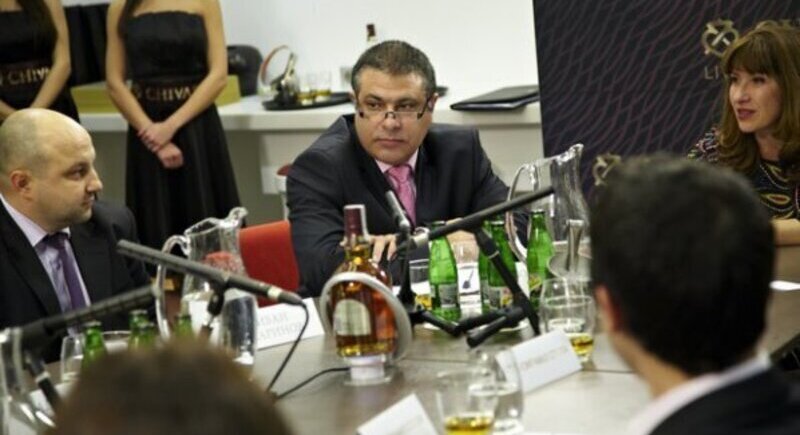 Within a few months, a unified electronic system for reporting claims on car insurance in Bulgaria in real time will be introduced. This will allow companies to offer lower prices to drivers with little or no damage to their cars.
This is the so-called bonus-malus model, in which owners who have not caused road accidents pay lower prices for car insurance than violators. This became clear during the discussion on Insurance, which is part of the series "Chivas 12 chairs". During the debate, the Deputy Chairman of the Financial Supervision Commission Borislav Bogoev announced that work is underway to create a system in which all insurers will report their registered damages under the Civil Liability and Auto Casco policies.
The system will be technically ready and tested in March next year, and by the end of the first half of the year it will start real work, Bogoev said. All insurance companies will have access to the new register, which will help them to apply flexible forms of insurance and especially the bonus-malus system, under which the insurer will be able to offer better insurance conditions to decent drivers. However, in order to apply this insurance model, it is necessary to make changes in the Insurance Code. The Financial Supervision Commission will propose new texts in the legislation, which will have to be submitted for a change in the law by the Ministry of Finance. The reporting system will be a more perfect and working model of the current register of civil liability insurance, which entered in 2011. This register does not function well at the moment and creates many preconditions for avoiding the payment of Civil Liability. According to Borislav Bogoev, the mass conclusion of the Civil Liability Insurance has increased the quality of the road as a whole. As a result of the funds raised by it, more modern road control and surveillance systems have become possible, such as traffic police equipment, traffic cameras and others.
Currently, over 86% of the registered cars in Bulgaria have "Civil Liability". The number of insured cars is rising, which a year ago was about 70% of all registered. Bogoev refuted the allegations that the price of insurance will fall and pointed out as the average price of insurance at the end of November 2013 the amount of BGN 219, which is BGN 19 higher than the previous year. At the round table "Chivas 12 chairs" were discussed the possibilities for introducing compulsory home insurance.

The topic became especially relevant after a series of natural disasters that caused many people to be left homeless in the last 2 years. The idea includes the introduction of compulsory insurance with the so-called catastrophic pool, which includes insurance against various disasters and accidents. It is not yet clear what exactly this type of insurance will cover and experts are not united on this topic. Recently, the MP from the Coalition for Bulgaria Dimcho Mihalevski again launched the idea to make insurance against catastrophic risks such as earthquakes, floods and landslides mandatory.
The insurance specialists - participants in the debate were divided in two in their opinions on the introduction of compulsory home insurance. Stilian Milanov, a senior insurer at AIG Europe Limited, spoke out against, while Bull Ins CEO Stoyan Prodanov, Interamerican agency director Iva Vladimirova and Colchis insurance broker were more in favor. Borislav Bogoev commented that he rather supports the idea of ​​a catastrophic pool with compulsory insurance, but it should be very carefully considered what they will cover, what risks will enter the pool and what should provide possible compensation.
In the ideas for catastrophic insurance - earthquake, flood, landslide, fire insurance is not included. According to him, people do not realize, but a load during transportation can also be damaged by an earthquake. AIG fears that the artificial imposition of insurance poses a danger that people will buy only such policies and give up the voluntary ones, which cover more risks. "I don't like obligation, we are a market economy," Milanov commented. He summed up that the "face" of Bulgarian insurance should change, become more accessible and easy to understand.
According to the general opinion of the specialists, the people in Bulgaria should be educated, learn to understand the meaning and philosophy of insurance, start reading the lowercase letters and general conditions, and insurance should be accepted as a necessity important for every civilized citizen. . The idea of ​​the Chivas 12 chairs format is to confront the views of professionals and beginners in a given field on important topics and issues.
Among the topics discussed so far in the series are Tourism, Advertising, Economics, Journalism, Architecture, IT and others. Some of the measures outlined in these discussions have led to positive legislative and industry changes in the relevant areas.
Source: novini.bg