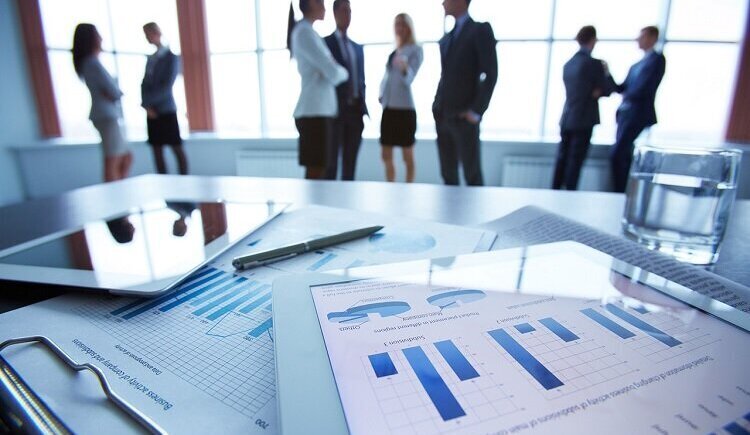 Part one of the Insurance Companies Act 1982 imposes restrictions on the performance of a certain type of insurance activity. Part Two, which applies to all insurance companies operating in the UK, established in the country or abroad, regulates their activities in terms of balance sheet, transfer of long-term activity, insolvency and liquidation. Part three deals with the issue of control over insurance activity. Part A part concerns the conditions for insurance of a person - a citizen of a member state of the European Union. Part four deals with individual groups of insurers. The fifth part contains the additional decrees.

According to the Insurance Companies Act 1982, the insurance activity is divided into:

(a) "long-term activity" or insurance activity of each of the groups defined in Table 1 of the 1982 Act;

(b) the 'ordinary activity' or insurance activity of each of the groups defined in Table 1, Part 2 of that law;

The conclusion of a contract, the type of which belongs to a certain type of long-term activity of the company, may contain additional conditions concerning, for example, accident and sickness insurance, only if the insurer is authorized to provide life and pension insurance. The above rule also applies to a contract whose type belongs to the groups of ordinary activity, but contains additional conditions affecting another type of activity, with the exception of credit or guarantee.

Restriction on the performance of insurance activity

No person has the right to practice insurance in the United Kingdom if he does not meet the requirements of the Insurance Companies Act 1982 set out in Article 2, paragraph 1.

The rule does not apply to:

Insurance activity (other than industrial insurance) performed by:

Also, the rule does not apply to:

An insurance contract concluded by a person who is not entitled to carry out this type of insurance activity is null and void by right. The other party is entitled to receive back the sums of money or property transferred under the contract, together with compensation for the losses incurred by it as a result of its participation in the contract. However, the Court may declare the contract valid if it is proved that:

(a)   that the person pursuing the insurance activity knowingly considered that his participation in the contract was not contrary to law;

(b)  that, in order to safeguard the interests of the parties, the contract must be performed;

If the contract is declared valid by the Court and the insurer nevertheless decides not to fulfill the undertaken obligations on the grounds of the insurer's lack of legal capacity and receives the reverse, it is not entitled to seek compensation.

Violation of a rule established by law does not invalidate the insurance contract due to a contradiction with the law to a greater extent than the above and does not affect the validity of a reinsurance contract concluded in respect of the first contract.

Licensing by the Minister of Finance

In the United Kingdom, the Minister may authorize a person to perform the insurance classes defined in Tables 1 and 2 of the Insurance Companies Act 1982, or only a type of those classes that will be specified in the license.Legal capacity may be limited to industrial insurance or reinsurance. However, a person is not entitled to carry out production insurance activity if this activity is not specified in the license.

The license shall specify the types of insurance business of the ordinary course of business which belong to the relevant groups listed in Part 2, Table 2 of the Insurance Companies Act 1982. Each renewal of the license shall invalidate the previous one.

A person is not entitled to practice industrial insurance unless:

The Minister shall not have the right to issue licenses if the following is not fulfilled:

a) the person has applied for an activity in a particular class, enclosing information which may be required of him or in accordance with the provisions of the Insurance Companies Act 1982.

b) The Minister is satisfied with the information provided by the company and considers that the request can be fulfilled.

Within six months of receiving the required information, the Minister must decide whether to issue a license. If he refuses to issue it, he is obliged to notify the persons in writing of the reasons for his refusal.

The Minister may authorize a person to carry out both long-term and ordinary activities only if:

a) the long-term insurance business is limited to reinsurance;

b) when issuing the license, the person legally exercises in the UK both types of activities - long-term and ordinary (limited to reinsurance);

Proponents from the UK

The Minister has the right to issue a license to a person whose head office is located in the UK, if he is:

c) a legal person established by law voted by Parliament or by a royal charter and entitled to carry on insurance business (but not in the amount proposed in the application);

No license can be issued to a company headquartered in the United Kingdom, but has share capital, part of which was subscribed after 28 January 1993 and has not been fully paid up.

Also, a license may not be issued to a company based in the United Kingdom if the Minister considers that a director, auditor, manager or chief agent employed by the company is not suitable for the position.

No license may be issued to a company headquartered in another EC Member State unless it has a representative who is:

A license shall not be issued to a person who has his registered office in another Member State if the Minister considers that some of the administrative staff of the company are not suitable for the performance of their assigned position.

Where a company which has its head office in a Member State other than the United Kingdom applies for a reinsurance license, it shall:

a) The Minister may issue a license if he is satisfied that the company is a legal person entitled under the law of the country concerned to pursue insurance activities in that country;

b) The Minister may not issue a license if he considers that a director, auditor, manager or chief agent working for the company is not a person suitable to perform his assigned position;

The Minister may not issue a license in respect of the long-term and ordinary activity of a person whose registered office is not located in an EC Member State, unless he is convinced:

a) that the company is a legal person entitled under the law at the place where it has its registered office to engage in long-term or ordinary activities;

b) that the person has assets in Great Britain in accordance with the ordinance of the Insurance Companies Act 1982, Article 9, paragraph 1;

c) that the person has made a deposit of an amount in accordance with the ordinance of the Insurance Companies Act 1982.

In the event that the person wishes to operate simultaneously in the United Kingdom and in another country or EC member states, and the Minister and the competent authority of the other country or countries agree, the Minister may issue a license for long-term and normal activity if it is satisfied that:

The Minister may not issue a license to a person whose registered office is in a non-EC country, unless he has a representative who:

The Minister shall not issue a license to a person whose head office is not in an EC Member State, if he considers that any of:

4. Revocation of a license

Withdrawal due to starting a new activity

The Minister may revoke a license if the company refuses it or on the grounds that:

The Minister shall issue an instruction ordering the insurance company to suspend the performance of the activity specified in the instruction.

If such an order is issued without a request by the insurance company, the Minister is obliged to notify the company in writing of the reasons that led to this decision.

The order does not prevent the company from fulfilling the obligations under insurance contracts, if they are concluded before the instruction is issued.

After an order has been issued in respect of a company having its registered office outside the United Kingdom in an EU Member State, the Minister has the right to cancel or amend the order if, after consultation with the supervisory authority of the other Party, he decides that it is right to do so.

Except in the above case, an instruction for any company cannot be revoked or changed. However, if the Minister subsequently issues the company a license to carry out insurance activity in the class specified in the instructions, this order shall cease to be valid.

Notification of revocation of license

Before issuing an order without a request from the company concerned, the Minister must send a written notice to the company informing:

Before issuing an order prohibiting the issuance of a license on the grounds of Art. 7 para. 3, Art. 8 para. 2 and Art. 9 para. 5 of the Insurance Companies Act 1982, the Minister must send in writing a notice to the person whose suitability is in question in which to notify:

Where a statement is made in response to the notification, it must be taken into account before an order is issued.

Any notification may be sent by post, addressed to the person's place of residence or business address.

Following an order, the Minister is obliged to publish a notice about it in the London Gazette or in some other way to inform the public.

If a person, qualified to perform insurance activity of a certain class, does not perform this activity at all within twelve months, the Minister has the right to revoke his license for exercising the mentioned activity.

A person who carries out activity in violation of part 1 of the Insurance Companies Act 1982 shall be punished with the full severity of the law.

A penalty is imposed on a person who, in order to obtain a license, intentionally provides incorrect information.

A natural person holding the position of: executive director, auditor, controller or chief agent found guilty shall be subject to: