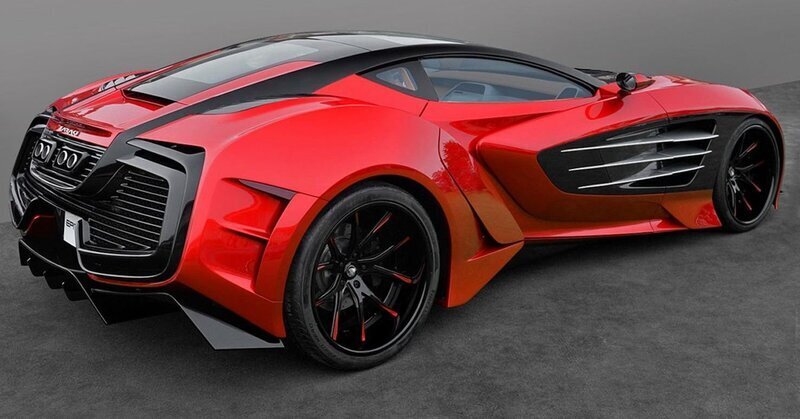 The company Laraki Designs, headed by a Moroccan designer named Laraki Abdesalam, is known for the production of luxury yachts.

In 2005, however, in Geneva, Laraki showed the interesting sports coupe Borac, which has a Mercedes-Benz engine with 540 hp. Last year, the company unveiled its second Fulgura supercar with 720 horsepower and a modified V12 engine. Apparently the appetite comes with eating, because now, during the California car show Monterey Motor Week, Laraki Designs demonstrated their new hypercar.

The power of the Epitome prototype reaches a staggering 1,750 hp. The hypercar is built on a chassis of the previous generation Chevrolet Corvette. The body is made entirely of carbon fiber and thanks to this the weight is reduced to 1270 kilograms, and under it is hidden a seven-liter eight-cylinder V-shaped engine. Two powerful turbochargers are coupled to it, but more interestingly, the car is equipped with two fuel tanks.

In one of them is poured a special gasoline with an octane number of 110 and when you press a button on the body, the electronics mix standard fuel and high-octane gasoline. This allows an increase in power from 1,200 to the aforementioned 1,750 horsepower. Laraki Designs intends to produce nine such cars, each of which will sell for $ 2 million. At this stage, the company does not name an exact date for the start of sales, nor does it export any dynamic features of the model.