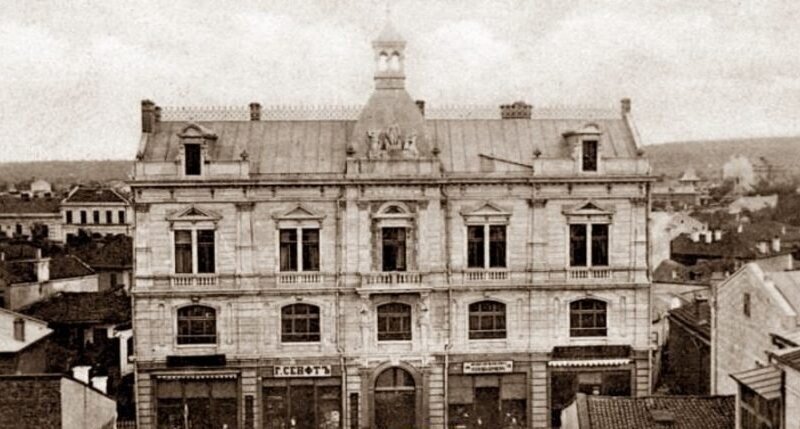 At that time, in 1889-1890, in the Danube city of Ruse, the commercial intelligentsia, although it preserved the old Bulgarian traditions of diligence and honesty, was quite shattered; any idea of ​​collective activity in the field of economic creativity was missing; - the chronicles tell.

Gradually, however, Ruse's trade aces began to gather in Ohanes Enkarlian's café on Knyazheska Street to listen to essays by his young friend Georgi Teodorov. Credit - Lyon "in Paris, at that time Georgi Teodorov was a controller at the Bulgarian National Bank. He and his friends began to think about creating a commercial organization, which in 1889 - 1890. Like the Edward Lloyd of the Thames, which in 1688 brought together shipowners and merchants, who later turned it into a maritime information bureau, began to practice mutual insurance, and Encarlian's cafe in Ruse became a trade club and the establishment of the first Bulgarian insurance company "Bulgaria", given the high premiums for insurance collected from capital and necessary for our country. The main initiator is G. Teodorov, and the idea is accepted by most of the members of the newly established Chamber of Commerce, who became "true pioneers of the company" Bulgaria ". In the Board of Directors of the company in 1891. 14 people enter: P. Popov, Iv. Chopadzhiev, T. Teodorov, D. Yonov, G. Gerov, D. Draganov, G. Petrovich, G. Ivanov, G. Tsankov.

The company started operating in October. In the first half of 1891. For the first time in Bulgaria, the initial share capital of Bulgaria is set at BGN 1,000,000, and 1,810 people participate in the subscription, with a total of 14,935 shares of BGN 100 each (with 10,000 shares initially announced). response in the cities of Ruse, Gabrovo, Sofia, Varna, Plovdiv, Svishtov and others.

The relocation of the General Directorate in Sofia took place in 1932, but in 1925. The Sofia Directorate was established, and the company's headquarters remained in Ruse.

Thus, the company "Bulgaria" was founded - initially for property insurance against fire, and in 1893. earns on the branch "Life".