Thirteen candidates for repair of streets and boulevards in Sofia 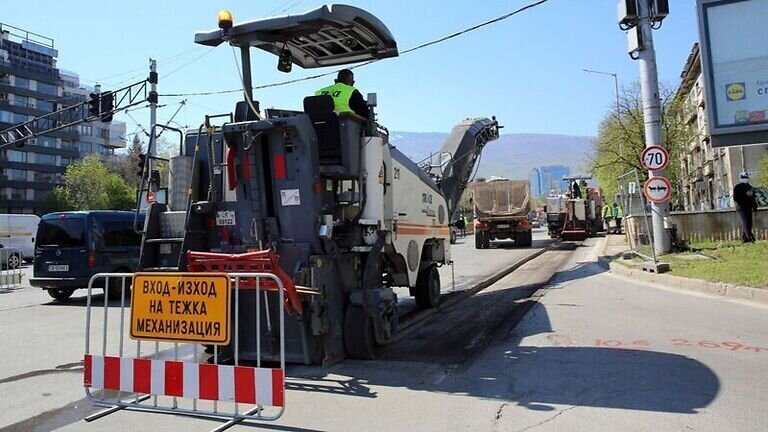 The renovation of several leading streets in Sofia will cost about BGN 8.3 million. This became clear after the opening of the price offers of the thirteen candidates today. We are talking about repairs on GS Rakovski Street - between Dondukov Blvd. and Kozloduy St. (excluding the intersection with Slivnitsa Blvd.), as well as parts of Arsenalski and Nikola Mushanov Boulevards "," Ovcha Kupel "," Prof. Ivan Stranski "Str. And" Akademik Stefan Mladenov "Str.

The public procurement was divided into four separate positions, and each association or company had the right to apply for only one of them. For the reconstruction of the boulevards "Nikola Mushanov" and "Ovcha Kupel" the lowest price was offered by the union between "Strabag" and "Via plan", as the companies received the highest assessment for term and technical indicators compared to the other two companies. This most likely guarantees the winning of the consortium's contract, as the evaluation for the selection of a contractor will be formed mainly by the proposed price with a weight of 60 points. The other criteria are for the technical proposal with 35 points and deadline for implementation - 5 points.

In addition to this position, the Austrian owner of Strabag - Strabag AG, is also leading the race for the repair of Prof. Ivan Stranski Street and Akademik Stefan Mladenov Street. The company is participating on its own, but this time it will compete with two other mergers, which include Trace Group Hold and GBS Infrastructure Construction, as they have also offered low prices. For the renovation of Arsenalski Blvd., the competition will be mainly between two consortia, which include - "PST Holding" and "DLV". Both associations offered approximately the same prices, but that of PST Holding received the highest marks among the participants. The last position for the reconstruction of GS Rakovski Street received two offers, as for the one of Roads and Facilities - Geotechmin is lower, and the commission evaluated it with almost the maximum number of points.

There is still no opinion on the assessments of the Sofia administration, and in the coming weeks the local government is expected to announce the contractor of the site. Then there is a two-week period for
appeal before the contract is signed.

The contract envisages complete replacement of the road surface, repair of the drainage and strengthening of the street base, where necessary. At the same time, the renovation will cover rearrangement and replacement of curbs, repair of sidewalks and street lighting, and according to the documentation, pockets for garbage containers will be built.