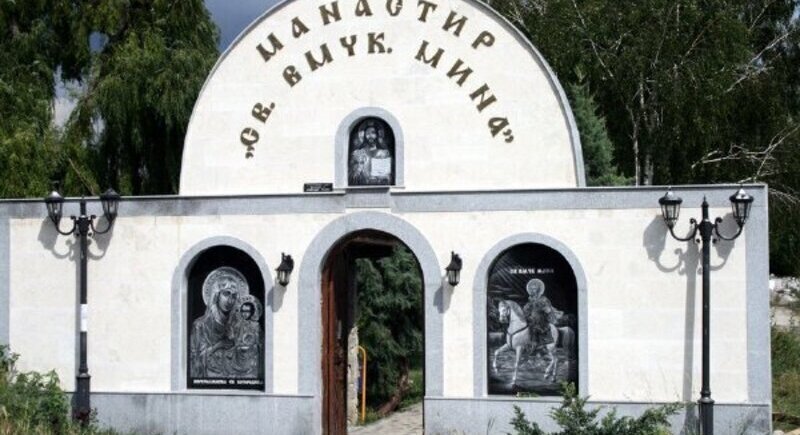 It is called "fish" because fish live in its spring. Otherwise, the official name of the church is "Holy Mother of God - Annunciation". The legend of God's temple is connected with the strange inhabitants in the water. It is believed that the fish in the spring fulfill desires. They appear and disappear, and it is not clear where they came from in the spring. It is also unknown where the water in it comes from, which never decreases and is considered healing. In history, the fish is a symbol of Christianity. At the dawn of religion, believers depicted it on their doors.

It is located near the capital's Benkovski district. According to legend, the miraculous icon of "Saint Mina" not only fulfills desires, but also cures deadly diseases. There are so many examples that the priests collect them in a special book. In the past, the monastery was part of a large complex - in the vicinity there were at least 40 chapels, which were destroyed after the Ottoman invasions.

In the altar of the church there is a miraculous stone that grows by 2 cm every 10 years, the legend says. It is believed that it helps with diseases and gives birth to childless children. No one knows how the stone ended up in the altar, and one of the most commonly told versions is that it was brought by Golgotha ​​in the 13th century. It is currently more than 2 m high.

An icon of the Mother of God Troeruchitsa is kept in the monastery near the village of Veliko Tarnovo. It is believed that it helps the sick and childless, and on the temple holiday of the monastery - August 15, thousands of people flock to it. Legend has it that the icon was hidden underground during the Turkish invasions in the Middle Ages. A century later, a shepherd heard a cry and dug it up with his hands. She has been called "crying" ever since.

The temple in the smallest Bulgarian town is better known as the "Church of Miracles". According to the locals, it is enough to sleep only one night in the monastery to be healed the next morning. However, local priests say that for a miracle to happen, one must be bound with heavy iron shackles, believe strongly, and be righteous. Another miracle, for which no one has an explanation, is why the entire iconostasis in the temple fades, except for the image of St. Anthony. There are only two churches in Europe that bear the saint's name.