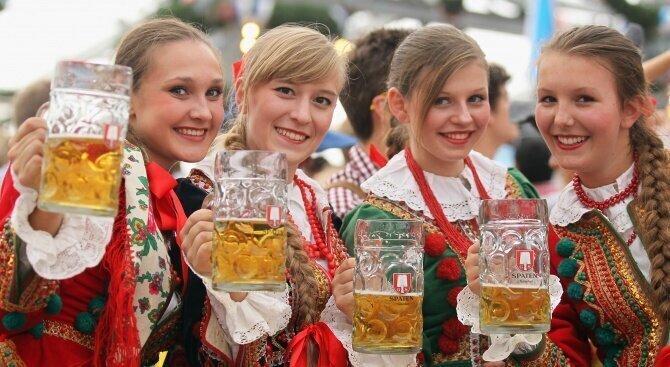 For some, being prepared for Oktoberfest means downloading an app that shows you the nearest toilet or helps you understand the Bavarian dialect.

Something new in this year's edition of the festival is the online Accident insurance with 50,000 euros coverage.

Munich insurer Die Bayerische sold the one-day policy for 5.99 euros, or less than the price of a liter of beer during the two-day festival, which identifies the Bavarian capital.

The policy, which can be purchased through the company's mobile app and covers injuries caused by alcohol, is a "test of how this sales channel is received," said company spokesman Wolfgang Zdral.

Düsseldorf-based Provinzial Rheinland sold similar insurance earlier in the year to visitors to a local festival at a price of 9.70 euros per week. Against the backdrop of the Internet and mobile phones, which are displacing traditional insurance sales platforms in the United States and the United Kingdom, German companies are only now entering the digital age.

"The better we do on the Internet, the happier our customers will be," said Marquisu Rees, who heads Allianz in Germany.

Allianz will spend € 80 million by 2016 on a variety of ways to use the internet amid emerging new competitors in the German market, which is the third largest in Europe in terms of premium revenue.

Earlier this month, the company changed its website and product offering to facilitate online sales and offer customers its full range of policies.

The Dusseldorf-based SituatiVe, which offers policies, including for Oktoberfest, through a smartphone app, has sold more than 10,000 since it began two years ago.

Although such new companies are entering the market, Germans remain skeptical about financial products sold online. Only 12% of mobile phone users in Germany use mobile applications offered by insurers, according to a study by Steria Mummert Consulting AG.

Most insurance applications, including those of Allianz, simply offer general information, calculators for calculating contributions and emergency contacts.

The same goes for online purchases, where offers are usually limited to basic products such as car insurance. Most of the 470 insurers in Germany still do not offer products through their websites.